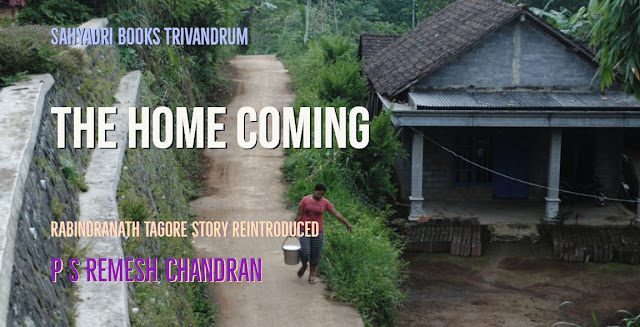 Rabindranath Tagore was an educator, social reformer, poet, playwright, novelist and short story writer. His poetical collection Gitanjali was awarded the Nobel Prize for Literature. Home Coming is the tale of a 14 year old boy who was a nuisance to his mother, was sent away for studying and died there unloved and longing for his home. There has not been a single person in India who did not weep after reading this Tagore story.

The boy grew up lazy, wild and violent and thought about doing new mischiefs every day.

Phatik Chakravarthi was a fourteen year old Bengali boy whose father died very early. He grew up lazy, wild and disobedient. His younger brother Makhan Chakravarthi was quiet, good and fond of reading. Phatik thought about doing new mischiefs every day. One day he and his retinue of boys pushed into the river a wooden log meant to be shaped as the mast of a boat. Makhan, objecting to this and sitting firmly on the log, was thrown to water along with the log. At home, when he was questioned about this, he beat not only his brother, but his mother also. It was then that his uncle from the far Calcutta City arrived. He agreed to take the boy along with him to Calcutta to be educated there. The boy was only glad to leave, but the mother was only half-relieved and half-sad.

He missed the meadow, mountain and river in his native village, became a failure at school and began to always ask, when holidays would come.

Phatik's uncle had three sons of his own and his aunt did not like this new addition to their family. A fourteen year old boy will have his own problems too. He was fast growing up. He was neither a child nor a man, crossing the line in between. He missed the meadow, mountain and river of his native village. Therefore it was no wonder he became a failure at school. He answered no questions, was beaten badly daily at school and ridiculed by all including his cousins. He grew impatient about returning to home and began always asking, when the holidays would come. 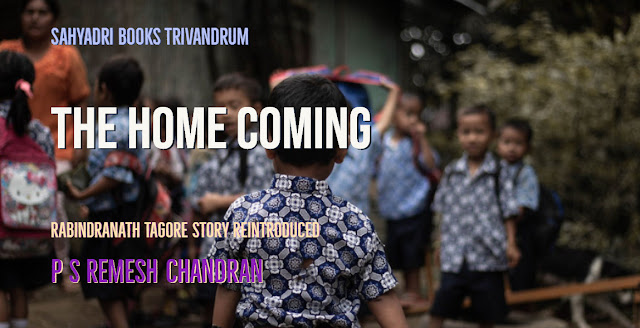 One day Phatik lost his lesson book and was scolded and abused much by his aunt. It served as the last hurt to break him. On a rainy afternoon after school, feeling fever and headache, he sought shelter somewhere and did not return home. He did not want to trouble his aunt any more. Police help was sought the next day. They found him and brought him home, shivering and fallen into a delirious state. He talked about things in his native village, asked his mother not to beat him anymore and called out fathom-marks which steamer-sailors in his native village river did. He moved restlessly, his hands beating up and down. His condition seemed critical to the doctor, and his mother in the village was sent for. When his mother arrived moaning and crying, and calling his names, he was nearing his eternal home which is Heaven. His last words were: Mother, the holidays have come.

Tagore's story Home Coming was one of the two first glances into the grief and sorrow of little minds, the other being Coventry Patmore's poem, Toys.

The question is how we treat our children. Children are the flowers of humanity. Yet, we do not see the grief in those tiny hearts. Up to four years, a child is said to be in the hands of the God, but since then they are this World's property. A bit of love, a soft touch of solace or a tiny word of consolation would be enough for them, but we do not spare them. Millions of children are worn out for want of care, nursing, assistance. Tagore was purposeful in writing such a story as this to open the world’s eyes towards the world of children’s deep sorrows, unheeded by the grown up world. No wonder he was dedicated to children and started that India’s World University, Saanthi Nikethan, where teachers and students sat beneath mango tree shades and learned. Tagore's this story was one of the two first glances into the grief and sorrow of little minds, the other being Coventry Patmore's poem, Toys. 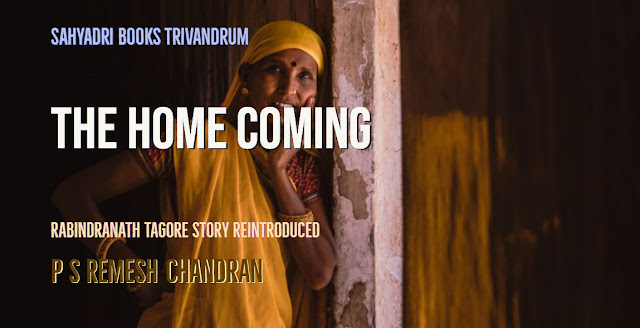 (Prepared as a lecture to literature students in 1996)

Editor of Sahyadri Books & Bloom Books, Trivandrum. Author of several books in English and in Malayalam. And also author of 'Swan, The Intelligent Picture Book'. Unmarried and single. Born and brought up in Nanniyode, a little village in the Sahya Mountain Valley in Kerala.

Posted by P.S.Remesh Chandran, Editor, Sahyadri Books And Bloom Books, Trivandrum. at 1:19 AM